A limited number of tickets to see his presentation live from an in-person audience will be available on a first-come, first-served basis; all attendees must provide proof of vaccination upon arrival and wear a mask through the entire event.

His presentation will also be streaming on Zoom for those who cannot attend in-person. Each ticket comes with a signed copy of Kaleidoscope, with options to have the book shipped to the ticketholder's home or picked up at the store after the event.

Click here to visit Eventbrite and purchase tickets to the event. 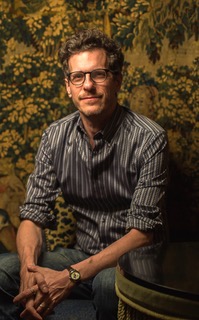 Brian Selznick broke open the novel form with his innovative and genre-breaking books creating an entirely new reading experience. He is the Caldecott Medal-winning creator of the #1 New York Times bestsellers The Invention of Hugo Cabret, adapted into Martin Scorsese's Oscar-winning movie Hugo; and Wonderstruck, adapted into the eponymous movie by celebrated filmmaker Todd Haynes, with a screenplay by Selznick; as well as the New York Times bestsellers The Marvels and Baby Monkey, Private Eye co-written by David Serlin. Most recently, he illustrated the 20th anniversary paperback edition covers of J.K. Rowling's Harry Potter series. His books have garnered countless accolades worldwide, and have been translated into more than 35 languages.

Selznick began his career as a bookseller at Eeyore's Books for Children in New York City and has worked as a puppeteer and a set designer. He recently collaborated with Christopher Wheeldon on a new narrative for a reimagined Nutcracker at the Joffrey Ballet.

Scholastic announced it will publish Selznick’s spellbinding new novel, Kaleidoscope, a multi-layered story about love and loss told over the course of twenty-four chapters, each featuring an iconic black and white graphite illustration by Selznick. Spanning across time and space, this astounding new feat of storytelling will appeal to readers across age groups, with each reader drawing something different and meaningful to them about the nature of grief and love. Kaleidoscope is set to release on September 21, 2021. 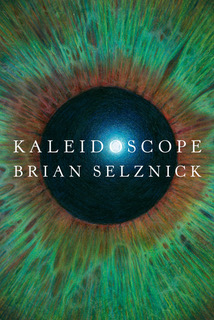 “Selznick has built dazzling worlds into which readers can momentarily drop. Yet with all the adventures that unfold, the emotions underlying the tales are what elevate them” — Booklist, starred review

“Selznick examines the unique realities surrounding love and death...Each [chapter] is introduced by an exquisite, graphite illustration that is preceded by a symmetrical, kaleidoscopic version of the scene...While Selznick trusts readers to draw their own conclusions about what is true, he offers rich companionship on the voyage.” — Kirkus Reviews, starred review

“A brilliant example of the power of words and pictures, of storytelling itself.” — New York Journal of Books

The Invention of Hugo Cabret (Hardcover)