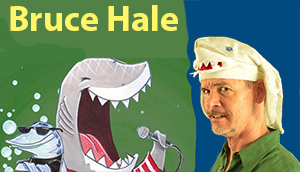 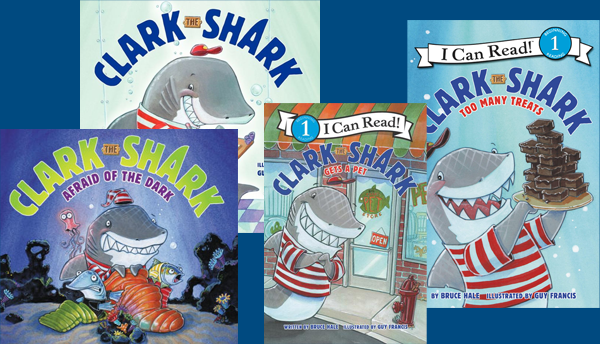 Bruce Hale, celebrated creator of Clark the Shark, celebrates Shark Week with Hicklebee's --and you! A Virtual Event

Come join us in welcoming author, speaker and song-and-dance man Bruce Hale! Hicklebee's is throwing a virtual party and Bruce Hale is bringing along his Clark the Shark books just in time for Shark Week. We promise storytelling, a how-to-draw-Clark lesson, and maybe even a sharky song. Jump in and don't worry, the water's fine!

Who is Clark the Shark?

Clark is a shark with zing, bang, and BOOM. Clark zooms into school, crashes through the classroom, and is rowdy at recess. Clark loves life—but when his enthusiasm is too much for his friends, Clark's teacher, Mrs. Inkydink, helps him figure out a way to tone it down.

Clark the Shark celebrates boisterous enthusiasm—and knowing when it's time for indoor voices!

Who is Bruce Hale?

Bruce Hale has written and/or illustrated over thirty-five books for kids, and is the author of Clark the Shark; Clark the Shark Dares to Share; the award-winning Chet Gecko Mysteries series; Snoring Beauty, one of Oprah’s Recommended Reads for Kids; and the School for S.P.I.E.S. series. In his free time, Bruce enjoys hiking, watching movies, and making music. He lives in Santa Barbara, California, with his wife, dog, and many hats.