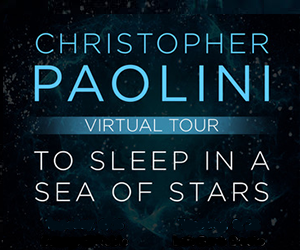 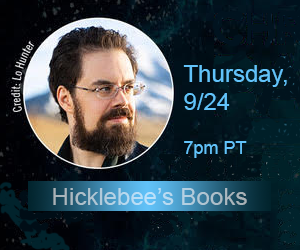 TO SLEEP IN A SEA OF STARS - Virtual Event

Includes a copy of TO SLEEP IN A SEA OF STARS.

Paolini presents a one hour workshop where he will talk about his writing as well as his new book. While this is his first adult novel, it will be fine for fans of all ages to attend.

TO SLEEP IN A SEA OF STARS bookplate.

5 people per event will be selected at random to win an intimate video chat with Paolini the next day, as well as a signed, personalized copy of TO SLEEP IN A SEA OF STARS

TO SLEEP IN A SEA OF STARS is a brand new epic novel from the author of the YA sensation Eragon.  Paolini has created his first adult novel featuring Kira Navarez, who explores an uncolonized planet during a routine survey mission.  There she discovers a relic previously unseen by human eyes that will transform her entirely and forever. Humanity will face annihilation. She is alone. We are not.  There is no going back.

Christopher Paolini was born in Southern California and has lived most of his life in Paradise Valley, Montana. He published his first novel, Eragon, in 2003 at the age of nineteen, and quickly became a publishing phenomenon. His Inheritance Cycle—Eragon and its three sequels—have sold nearly 40 million copies worldwide. To Sleep in a Sea of Stars is his first adult novel.