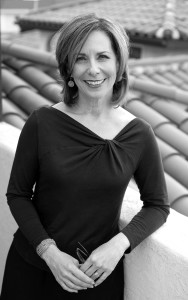 This event has been postponed until further notice.

Esteemed writer and friend to Hicklebee's Pam Muñoz Ryan is coming to visit with her new book Mañanaland.

Maximiliano Córdoba loves stories, especially the legend Buelo tells him about a mythical gatekeeper who can guide brave travelers on a journey into tomorrow.

If Max could see tomorrow, he would know if he'd make Santa Maria's celebrated fútbol team and whether he'd ever meet his mother, who disappeared when he was a baby. He longs to know more about her, but Papá won't talk. So when Max uncovers a buried family secret--involving an underground network of guardians who lead people fleeing a neighboring country to safety--he decides to seek answers on his own.

With a treasured compass, a mysterious stone rubbing, and Buelo's legend as his only guides, he sets out on a perilous quest to discover if he is true of heart and what the future holds.

This timeless tale of struggle, hope, and the search for tomorrow has much to offer today about compassion and our shared humanity.

Pam Muñoz Ryan is the recipient of the Newbery Honor Medal and the Kirkus Prize for her New York Times bestselling novel, Echo, as well as the NEA's Human and Civil Rights Award and the Virginia Hamilton Literary Award for multicultural literature for her body of work. Her celebrated novels, Echo, Esperanza Rising, The Dreamer, Riding Freedom, Becoming Naomi Léon, and Paint the Wind, have received countless accolades, among them two Pura Belpré Awards, a NAPPA Gold Award, a Jane Addams Children's Book Award, and two Américas Awards. Her acclaimed picture books include Amelia and Eleanor Go for a Ride and When Marian Sang, both illustrated by Brian Selznick, and Tony Baloney, illustrated by Edwin Fotheringham, as well as a beginning reader series featuring Tony Baloney. Ryan lives near San Diego, California, with her family. Browse the rest of her books here.

"Ryan's hypnotic text, inspired by the childhood of Pablo Neruda, is brought to life by the extraordinary art of Peter Sís." -- The New York Times

* "This book has all the feel of a classic, elegant and measured, but deeply rewarding and eminently readable." -- Booklist, starred review

* "The story of Otto and the cursed sisters honor timeless and traditional folktales [and] Ryan has created three contemporary characters who, through faith and perseverance, write their own happy endings, inspiring readers to believe they can do the same." -- School Library Journal, starred review

* "A grand narrative that examines the power of music to inspire beauty in a world overrun with fear and intolerance." -- Kirkus Reviews, starred review