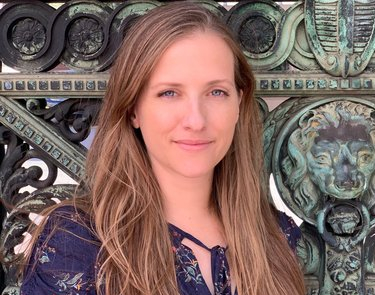 Seventeen-year-old Lake spends her days searching a strange, post-apocalyptic landscape for people who have forgotten one very important thing: this isn’t reality. Everyone she meets is a passenger aboard a ship that’s been orbiting Earth since a nuclear event. The simulation that was supposed to prepare them all for life after the apocalypse has trapped their minds in a shared virtual reality and their bodies in stasis chambers.

When Lake reveals the truth to a fellow passenger, seventeen-year-old Taren, he joins her mission to find everyone, persuade them that they’ve forgotten reality, and wake them up. But time’s running out before the simulation completely deconstructs, and soon Taren’s deciding who’s worth saving and who must be sacrificed for the greater good. Now, Lake has no choice but to pit herself against Taren in a race to find the secret heart of the sim, where something waits that will either save them or destroy them all.

Peevyhouse will have character cards to give away (art by Nicole Busse) to go with her book. Come say hello and help celebrate Strange Exit's book birthday!

Parker Peevyhouse is likely trying to solve a puzzle at this very moment, probably while enjoying In-N-Out fries, admiring redwood trees, and quoting movies about sentient robots. Parker's most recent novel, The Echo Room (Tor Teen 2018), is a science fiction thriller for young adults which Kirkus called "a thrilling ride" in a starred review. Parker lives in the San Francisco Bay Area.

"This post-apocalyptic novel will have wide appeal amongst gamers and fans of this genre....Caught in a tangle of strangely surreal settings, readers will find themselves questioning what is real and what is a simulation." —School Library Connection

“The tension increases with each layer of reality Lake peels away. Compulsively readable.” —Booklist, starred review

The only thing worse than being locked in is facing what you locked out.

Rett Ward knows how to hide. He's had six years of practice at Walling Home, the state-run boarding school where he learned how to keep his head down to survive.

But when Rett wakes up locked in a small depot with no memory of how he got there, he can't hide. Not from the stranger in the next room. Or from the fact that there's someone else’s blood on his jumpsuit.

Worse, every time he tries to escape, he wakes up right back where he started. Same day, same stranger, same bloodstained jumpsuit.

As memories start to surface, Rett realizes that the logo on the walls is familiar, the stranger isn't a stranger, and the blood on his jumpsuit belongs to someone—or something—banging on the door to get in.

Perfect for fans of innovative storytelling, like Marcus Sedgwick's The Ghosts of Heaven and David Mitchell's The Bone Clocks, Where Futures End is a collection of five time-spanning, interconnected novellas that weave a subtly science-fictional web stretching out from the present into the future, presenting eerily plausible possibilities for social media, corporate sponsorship, and humanity, as our world collides with a mysterious alternate universe.

Five teens, five futures. Dylan develops a sixth sense that allows him to glimpse another world. Brixney must escape a debtor colony by finding a way to increase the number of hits on her social media feed so she’ll attract corporate sponsorship. Epony goes “High Concept” and poses as an otherworldly being to recapture her boyfriend’s attention. Reef struggles to survive in a city turned virtual gameboard. And Quinn uncovers the alarming secret that links them all.

These are stories about a world that is destroying  itself, and about the alternate world that might be its savior.  Unless it’s just the opposite.